Recently celebrating 20 years with North Star Air, we sat down for a one-on-one with Kyle Koper, Captain on the Dash 8.

Here’s what Kyle has to say about his exciting 20 year career as an aircraft pilot. 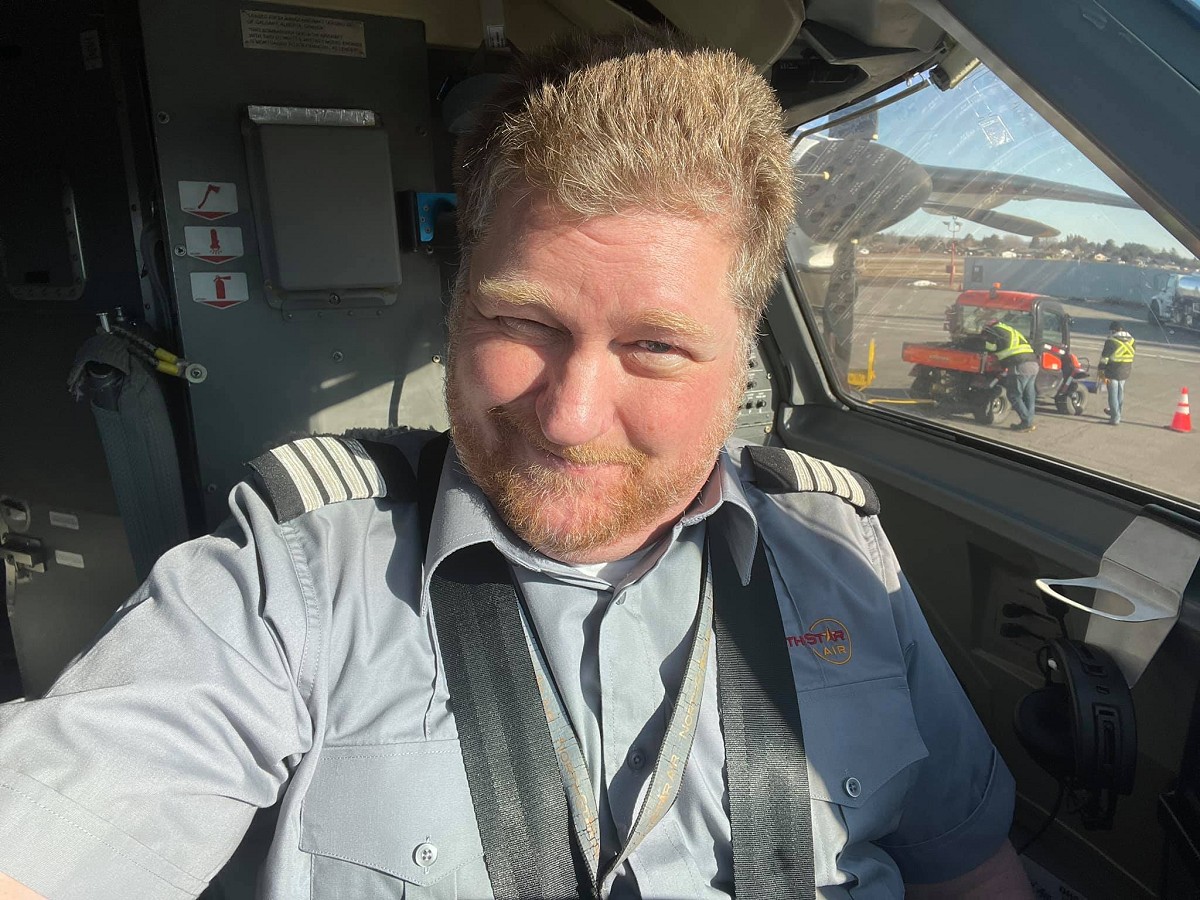 How old were you when you knew you wanted to be a pilot?

Captain Koper: I’ve always loved airplanes as far back as I can remember. Growing up I devoured any book or magazine I could get my hands on.  Shortly after I was born my parents vacationed in Hawaii. It was quite the journey from Kashechewan: onboard an Otter then DC-3 then DC-9 to San Francisco then Wardair 747 to Hawaii. I’m sure listening to all those aircraft engines for that long helped my passion.

Where did you grow up?

Captain Koper: My parents met in Kashechewan FN in the 70’s. My Dad was a store manager for the Hudsons Bay Company and my Mom was a teacher.  I was born in Moose Factory, ON.  I went to kindergarten in Fort Hope FN in 1981. After that we lived in Mishkeegogamang FN and then Pickle Lake, ON in 1984. Pickle Lake has always been a big aviation hub.  Most kids at the school were children of pilots and it was the “in” thing to know about airplanes.  My free time was spent biking between the float base and airport looking at airplanes and bugging the pilots to get to sit in the cockpit.  It was a time of Austin Airways, Air Manitoba, DC-3s, C-46’s, Avro 748’s, float and ski planes.

What Aviation school did you attend?

Captain Koper: I completed all my flight training in London ON because my grandmother lived there and I stayed with her.

Tell us how you became a pilot

Captain Koper: I attended high school in Thunder Bay because there was no High School in Pickle Lake. My final year I worked a co-op at Bearskin Airlines as a baggage handler. After graduation I applied for a job with Gold Belt Air Transport in Pickle Lake. Tom Meilleur hired me as a dock hand.  While there I saved money and received my Private license. Afterwards I worked for Thunder Airlines and Wasaya Airways as ground crew and completed my commercial license. The day I returned to Pickle Lake the then president of North Star Air offered me a flying job. I started in the Cessna 210. 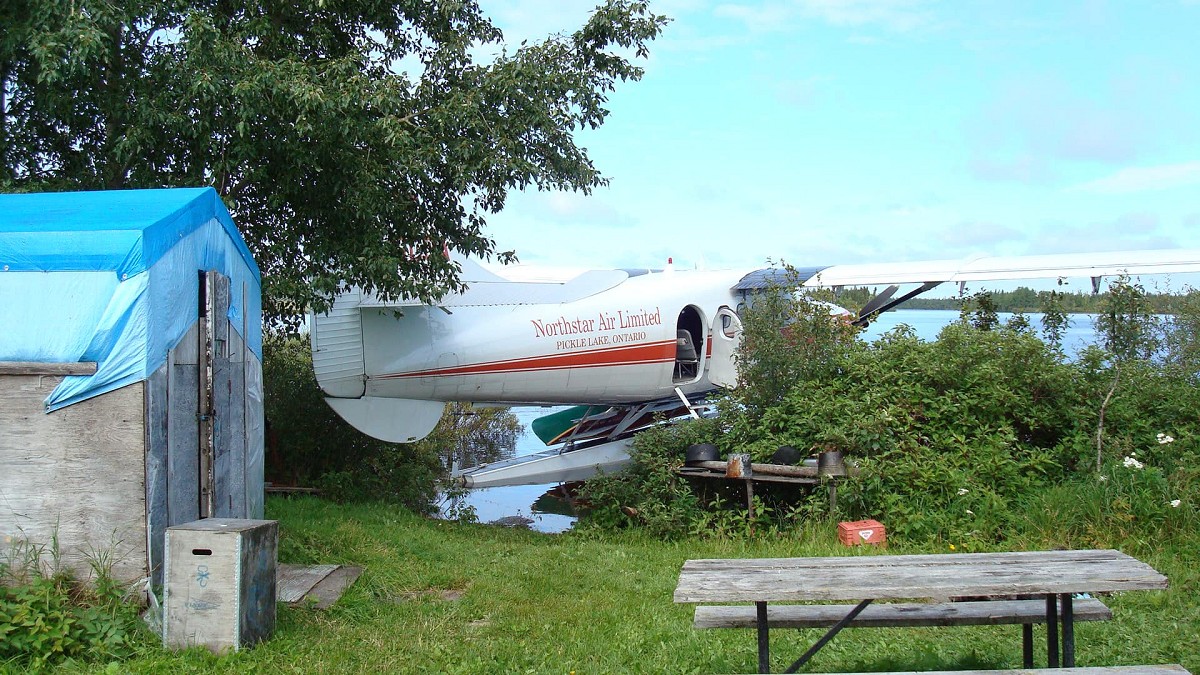 What do you love about the North?

Captain Koper: The freedom and beauty. The city is nice to visit but I could never live there.  I find people are just a little more honest to you in the North.

Tell us about your family

Captain Koper: My father is Polish and worked in the North as a store manager first for the Hudsons Bay Company then for other community owned stores. He is now retired from owning his own Tackle and Sport store in Pickle Lake. My mother grew up in London, ON and became a teacher moving up North to teach in Kashechewan FN where she met my Father. She passed away a few years ago. They both traveled extensively on aircraft throughout the North. I am a proud dad to our 5 year old daughter Edie and 14 year old son Conner.

Why so many years at NSA?

Captain Koper: At first it was just my first flying job. But as time went on it really became like a family. I still feel that way today. It seems working at most other airlines is just a job you go to and don’t think much of.  North Star Air to me still has that small airline feel even though we have grown astronomically.  I never would have guessed 20 years ago that North Star Air would be so big.

What were the advantages for you, to fly with NSA?

Captain Koper: Number one is the people, and not just the employees.  It’s also the customers I’ve met over the years.  The schedule and lifestyle can’t be beat for me.  I really just have a dream job right now.

What types of aircraft have you flown? 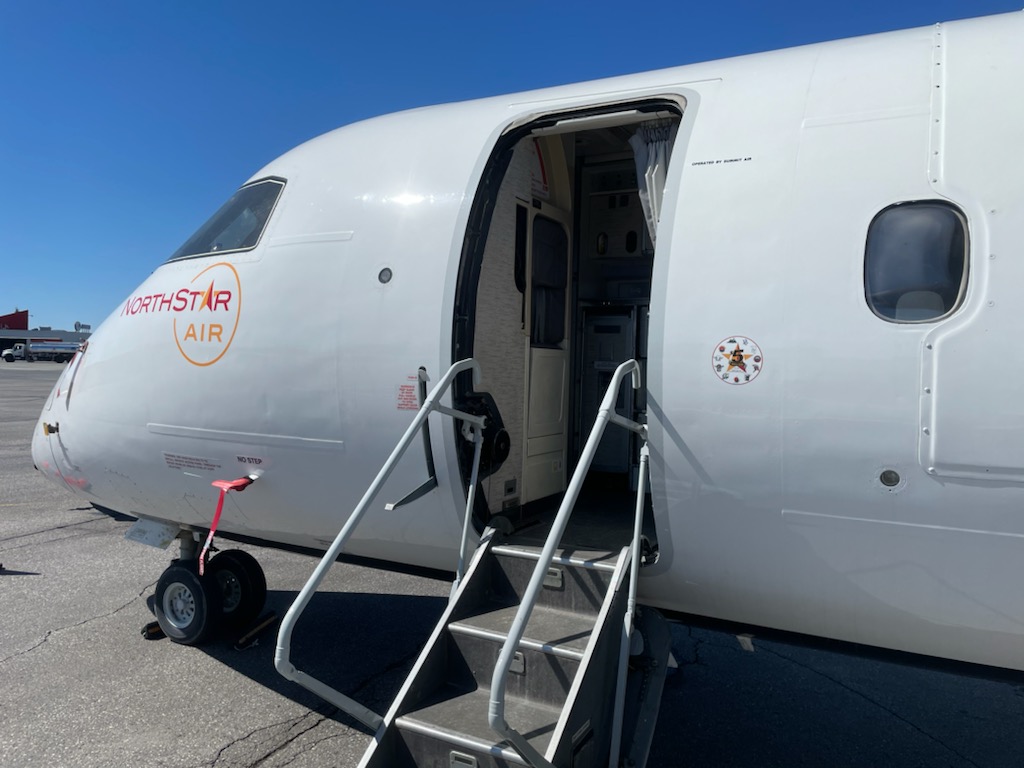 Where is the farthest you have flown an aircraft?

Captain Koper: West was to Calgary, AB. North was to Grise Fiord, NU. South to Oshkosh, WI and East to Montreal, QC.

What are the perks to flying in the North?

Captain Koper: The people you meet.  With a local airline you become a lot more involved with the customers. Things work on a more personal level and a flight can really make or break a project, it’s not just a bunch of people crammed in a tube.  I hope people may see me flying and recognize me and know they’ll be taken care of.

What do you love about flying?

Captain Koper: I love airplanes and just being around them for work is amazing.  The views from my office window can’t be beat.  It is so satisfying to fly during a challenging day and for everything to just come together perfectly. 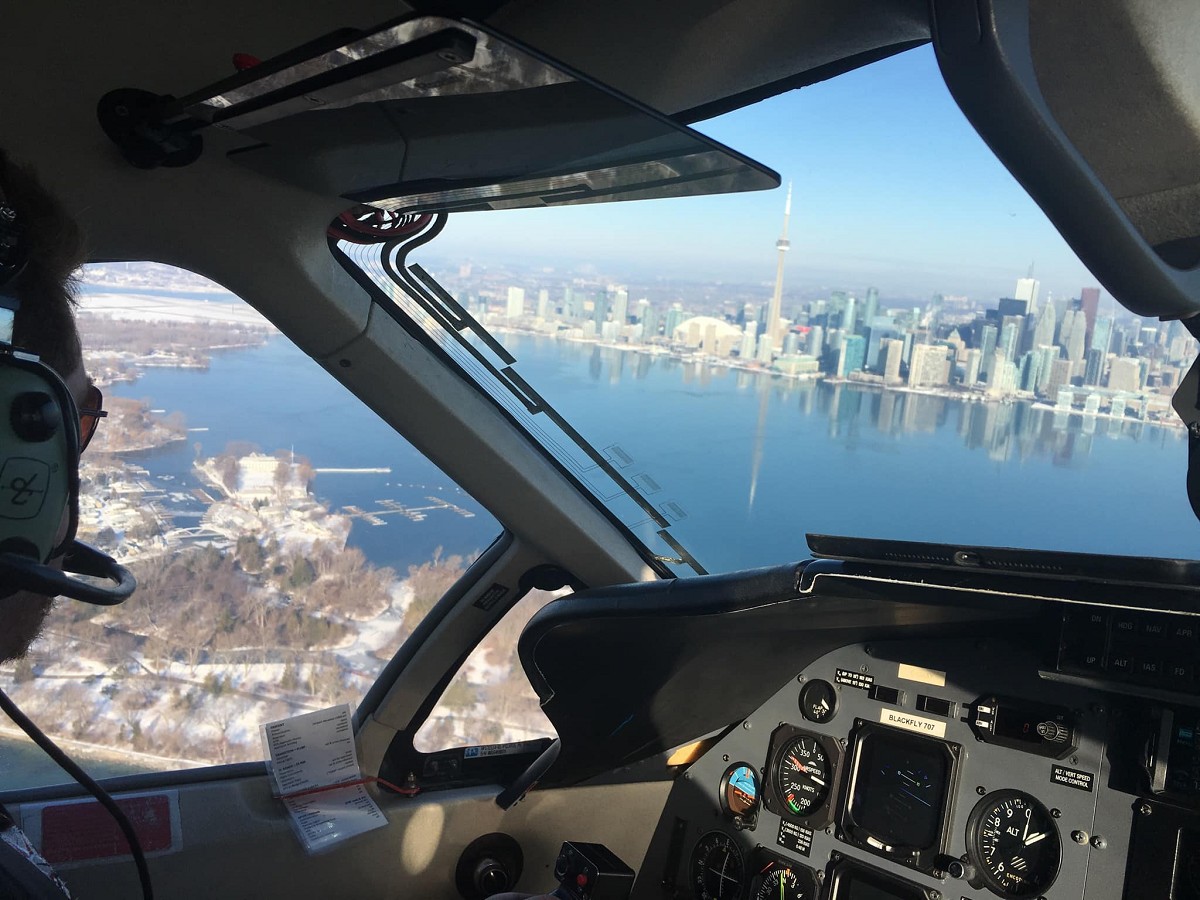 Can you share a great “NSA fly story” with us

Captain Koper: One of my greatest trips was in 2018 where we were chartered to fly the Senator for Nunavut around to the different communities in the PC-12.  I traveled to places I thought I would never see and made it as far as Grise Fiord.

I enjoyed a day where in the morning I was flying the Otter on floats moving moose hunters. Then right back to Pickle Lake and jumped in the Pilatus and flew to Toronto for the night.  The best of both worlds.

I was flying fuel drums to a lake north of Webequie FN and after landing in the Otter my tailwheel snapped off.  It was right at dusk and I was able to reach the base with the Sat phone. Looks like I was there for the night on the frozen lake.  I was foolishly not dressed properly for the weather and the temperature dropped to about -20°. I was unable to get a fire going and spent a very cold night in the airplane until someone was able to fly up and get me in the morning. I can tell you it was the best hot shower I had ever had back home.  I even ended up flying the Otter later in the day after it had been repaired.

Captain Koper, thank you so much for taking the time to speak with us about you and your career in aviation with North Star Air. It sounds like you’re doing something that you love and that it doesn’t feel like “work”! You are so fortunate! Once again, congratulations on your 20 year anniversary flying for North Star Air! 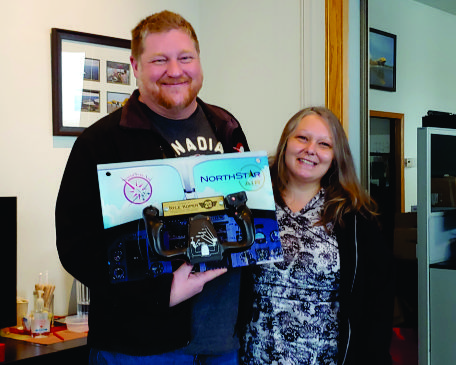 In the upcoming years, the airline pilot shortage will be felt across the globe. NOW is the time to consider a career in aviation as a pilot. Did you know that North Star Air provides grant money with our Take Flight Aviation Program available to our First Nation Community Partner members to enroll in an accredited aviation program anywhere across Canada? Our Take Flight Aviation Program will reward eligible students with two $5,000 grants to attend an accredited aviation program like Aviation Centre of Excellence at Confederation College in Thunder Bay or Mohawk College Centre for Aviation in Hamilton, as just two examples. Career opportunities for pilots, flight attendants, aircraft mechanics and flight management are available and we can help you transition from your home community to your school of choice. A first year grant recipient is guaranteed their second year grant funds AND guaranteed employment with North Star Air upon completion! If you or a family member is interested in a career in Aviation, click here to find out more and how to apply for funds.